It’s been a strange two months. Strange in terms of weather here in Massachusetts, since February was milder than average (our temps were close to 70 deg F a few days!) and March clobbered us with four snowstorms in three weeks. Strange in terms of life in general, too. My blogging time has taken a HUGE hit because of work and other things. So if I haven’t replied to your comments yet or visited your blog in a while, I’m very sorry, and I hope you understand why. 😦

Yet, as frustrated as I’ve been, I never cease to find “real-life magic.” So let’s use this What’s Making Me Happy post to highlight that magic, and also to catch up on things.  How’s everyone doing? What have you been up to? Were February and March kind to you? (I hope so!) And what are some of the things that have sparked your sense of joy recently? Like last time, I’ll share three things from each month, starting with…

What Made Me Happy in February

I Finally Got a Smartphone

Remember this photo from my recent “Building My Cathedral” post? It was the first selfie I took on my new smartphone! (No, that wasn’t a typo. I didn’t have a smartphone until early February. 😮 )

Tbh, I could have turned on the “smart” capabilities for my previous phone (an LG Extravert). But I’d chosen not to, since I was under the impression that I couldn’t afford a smartphone. But after having issues with the old phone last year, I did my homework – and I realized I actually could work a smartphone plan into my budget.

So, yes, I’ve converted! It’s been a learning process, especially since I don’t want to accidentally exceed my monthly data limit. But right now I’m enjoying the little things about my new phone. Like FINALLY seeing the emojis in my friends’ texts and being able to use them in mine. And having a pretty ringtone that plays when someone calls me (I chose a 30-second clip of “Ancient Stones” from the Skyrim OST). And being able to take good-quality photos on the fly. In fact, many of the photos you’ll see in this post were taken on my smartphone. Woohoo!

I Ate Haitian Food for the First Time

In last week’s Creativity Corner post, I mentioned that one of my closest friends is from Haiti and how we’ve been talking about her culture as research for my current manuscript (as well as me fulfilling a genuine desire to learn more about Haiti). So it was only a matter of time before the conversation turned to food, and she said, “You know, you should try some Haitian food.” My answer: “Where?? And when?!”

So a few weeks ago, we went to Jeano’s, a Haitian / Caribbean restaurant in the city of Brockton. It’s small but family-oriented, with a fun and inviting atmosphere. My friend and I split a few appetizers for dinner: fried griot (pork) and tasso (beef), fried green plantains, red rice with kidney beans, akra (malanga fritters), and Haitian patties (savory fried dough pastries), with pikliz (pickled vegetable relish) and sòs (a spicy sauce made from tomato paste and chicken broth) for condiments. And everything was delicious! Very flavorful and filling, and my favorites were the patties and the plantains. My friend also talked about Haitian cuisine in general, from how certain dishes are prepared to other dishes she makes at home.

After dinner we “continued my education” (as my friend worded it) at Vicente’s Supermarket, a grocery store that caters to the local Cape Verdean, Latino, and Caribbean population. It’s set up like other supermarkets I’ve shopped in, but many of the product offerings are foods not typically sold in those stores. There was so much to see, smell, and learn in every department, from product to meat and seafood; and I went home inspired and motivated to continue working on my story – and very full from everything I ate! (I also brought home a bag of sweet plantain chips and a sample of crema de leche, a milk-and-sugar candy that’s similar to fudge. Yum!)

I also took photos at Vicente’s, since I knew that would help me retain what I learned. You can check them out in the slideshow above.

If I had to pick a favorite type of tea, it would be oolong. (Not sure what oolong tea is? Click here to check out some of my oolong reviews for A Bibliophile’s Reverie.) And during my time as a tea reviewer, some of the samples I enjoyed most were oolongs from the island of Taiwan. So when the friend who introduced me to tea a few years ago invited me on a Saturday tea excursion, including a class on Taiwanese oolongs at a local tea shop… Well, let’s just say it was a no-brainer. 😉

The tea class / tasting took place at MEM Tea Imports, a tea shop just north of Boston. During the class, MEM Tea employees gave a 90-minute presentation on their recent trip to Taiwan, showing photos and sharing their observations on Taiwan’s tea gardens, traditional methods for processing oolong tea, and Taiwanese tea culture. And during short breaks in the presentation, we drank – what else? – tea! Seven different Taiwanese oolongs and one Taiwanese black tea, to be exact. In short, the class was fascinating. I always love learning about subjects I’m passionate about; and when that learning also appeals to the senses, it elevates the experience to a whole other level.

What Made Me Happy in March

Inspired by the oceans of our world, Michael Brant Demaria’s Ocean combines ambient keyboards and pianos with melancholy flutes and occasional percussion. So it’s not an album of real ocean sounds, but rather a collection of mesmerizing, richly textured soundscapes that ebb, flow, and swell the way the ocean does. Some tracks are soothing and meditative, like watching the water glisten under sunlight or swimming in the shallows. Others are more haunting and mysterious, the darkest depths of the sea with the rare ray of sunlight penetrating through. I love listening to it all the way through at work, during my “wind-down” hour before bed, or during a weekend morning yoga session at home. And when it ends, I sometimes hit “Play” again. 🙂

Check out “Open Water” via the YouTube clip above. It’s one of my favorite songs from Ocean, along with “In Search of Home,” “Finding Forever,” and “Transformation.” 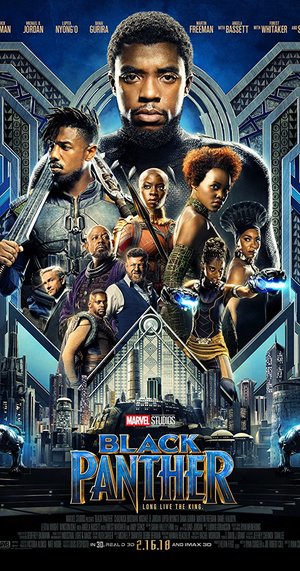 AHHHHHH!!!!! I’d been SO excited about this movie, ever since T’Challa was introduced in Captain America: Civil War. And the final product was mind-blowingly awesome. Visually it’s stunning, from the special effects to the blend of traditional African cultural elements and advanced technology. But the true highlights were the acting (don’t make me choose favorites – everyone delivered!), the presence of important female characters and their range of strengths (diplomats, activists, engineers, warriors), and the overall tone of compassion and empowerment.

I think I’ll stop there, only because I could go on and on about how much I love this movie and am so thrilled for its success. Just know I’m officially on #TeamPanther – and yes, I would like tickets to Black Panther II now please! (Wait – what do you mean Black Panther II hasn’t been confirmed yet?!?!)

This isn’t Menghai Brown Bingcha, but this Yiwu Long Yan Hao Puerh cake from In Pursuit of Tea looks a lot like it.

This winter, Sundays at home have become “Pu-erh Days.” As I prepare to write / do laundry / etc. in the late morning, I brew some Menghai Brown Bingcha pu-erh tea, which two friends had given me for my birthday last year. What is pu-erh tea, you ask? It’s an aged Chinese tea made from black or green tea leaves, and can be found in either loose-leaf form or pressed into cakes, bricks, and other shapes. This particular pu-erh brews up dark and rich, with an earthy, slightly mushroom-y flavor palette. So it’s more of a savory tea and an acquired taste, but it’s delicious when you get used to it. Plus, it’s good for multiple steeps, which means the flavors and aromas change with each cup. I typically stop after the third cup, though – the caffeine makes me a little lightheaded by then!

Unfortunately, Menghai Brown Bingcha is no longer available from In Pursuit of Tea. But you can check out their current pu-erh selection and other teas here. You can also learn more about pu-erh tea in general at MEM Tea Imports here.

What were some of the things that made you happy in February and March? Have you ever been to a tea tasting, or tried Haitian food? What was the last ethnic food you enjoyed at first taste? Are you usually quick to get the latest technology, or do you wait until it becomes more affordable?