Today I’m thrilled to be taking part in a blog tour for one of my writer friends, S.J. Higbee! She recently self-published her debut novel RUNNING OUT OF SPACE, the first installment of the Sunblinded Trilogy. I was one of S.J.’s beta-readers for this novel a couple years ago, and I remember being swept away by her futuristic universe of spaceships, interplanetary travel, and a young woman who can’t seem to keep herself out of trouble. Now she’s here to share five novels that inspired RUNNING OUT OF SPACE – and I think you’ll be surprised at the variety of her picks.

Also, thanks to Lola’s Blog Tours for letting me be part of S.J.’s blog tour, which runs until October 31st. Check out the complete schedule here.

Thank you so much, Sara, for inviting me to give my Top Five List of books that have influenced my writing and probably contributed towards the themes and ideas in Running Out of Space. I say “probably” because I am very much someone who gets an idea and then goes for it, so it is only during the layers of editing and rewriting that I get a chance to reflect on the books that have affected my storylines and themes. 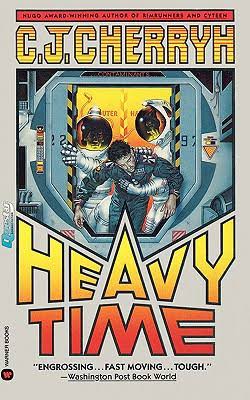 Discovered alone and without his memory on his drifting ship, pilot Paul Dekker is accused of the murder of his crew members and he must rely on the help of renegade miner Morris Bird to learn the truth.

This book made a huge impression on me with its immersive first-person viewpoint and tension-filled writing style. It certainly informed my decision to write the book from Elizabeth’s viewpoint throughout, including use of direct internal dialogue. While I am aware there are limits to this viewpoint (there are large areas of the ship and Space Station Hawking that go undescribed because Elizabeth doesn’t get to see them), I decided to stick with this POV as I wanted the immediacy that comes with this mode of storytelling. 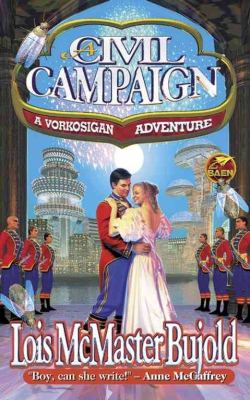 Miles Vorkosigan has a problem: unrequited love for the beautiful widow Ekaterin Vorsoisson, violently allergic to marriage after her first exposure. If a frontal assault won’t do, Miles thinks, try subterfuge. He has a cunning plan…

Lord Mark Vorkosigan, Miles’ brother, also has a problem: his love has just become unrequited again. But he has a cunning plan…

Lord Ivan Vorpatril, Mile’s cousin, has a problem: unrequited love in general. But he too has a cunning plan…

I loved this groundbreaking series which took the space opera genre and gave it a thorough shaking. In particular I enjoyed the way humour often crept into the Vorkosigan stories, and so I ensured there are some lighter moments in Running Out of Space. During moments of high drama, events can often feel surreal and quite farcical – the urge to giggle at a funeral, for instance – and I have included a handful of times when Elizabeth experiences a similar emotion. 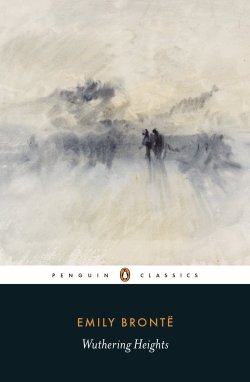 Lockwood, the new tenant of Thrushcross Grange, situated on the bleak Yorkshire moors, is forced to seek shelter one night at Wuthering Heights, the home of his landlord. There he discovers the history of the tempestuous events that took place years before; of the intense relationship between the gypsy foundling Heathcliff and Catherine Earnshaw; and how Catherine, forced to choose between passionate, tortured Heathcliff and gentle, well-bred Edgar Linton, surrendered to the expectations of her class. As Heathcliff’s bitterness and vengeance at his betrayal is visited upon the next generation, their innocent heirs must struggle to escape the legacy of the past.

I found this book really shocking when I first read it, and when I reread it just over a decade ago, I still found the level of abuse and violence startling. It’s as much about revenge as love – the ending, I feel, has been tacked on to avoid offending Victorian sensibilities. There are events near the end of Running Out of Space that drive Elizabeth’s need for revenge onto a different path, which I explore in the next book, Dying For Space.

As Harmony’s Oversoul grows weaker, a great warrior has arisen to challenge its bans. His name is Moozh, and he has won control of an army using forbidden technology. now he is aiming his soldiers at the city of Basilica, that strong fortress above the Plain.Basilica remains in turmoil. Wetchik and his sons are not strong enough to stop a army. Can Rasa and her allies defeat him through intrigue, or will Moozh take the city and all who are in it?

This was quite an uncomfortable read on all sorts of levels. But the one aspect of it that lodged in my memory was the author’s contention that when things were going well, women often were able have agency and rule. However, once civilisation fell apart in the ensuing chaos, they inevitably lost their powerbase due to their inability to back up their wishes with physical force – and the fact that mothers are handicapped by struggling to keep children alive once it all goes to Hell in a handbasket. That observation has stayed with me, and I have noticed that human history to date supports it – regrettably. Which is why, in Running Out of Space, the highly regulated world where long-range travel means resources are always limited, women have lost their right to serve as officers. However, they still have a powerbase and as events play out, it becomes clear they are not as disenfranchised as it would first appear.

The Atrocity Archives (The Laundry Files, Book #1) by Charles Stross

Bob Howard is a low-level techie working for The Laundry, a super-secret government agency. While his colleagues are out saving the world, Bob’s under a desk restoring lost data. None of them receive any thanks for the jobs they do, but at least a techie doesn’t risk getting shot or eaten in the line of duty. Bob’s world is dull but safe, and that’s the way it should have stayed; but then he went and got Noticed. Now, Bob Howard is up to his neck in spycraft, alternative universes, dimension-hopping nazis, Middle Eastern terrorists, damsels in distress, ancient Lovecraftian horror and the end of the world.

This quirky spy thriller series crosses the fourth wall. Bob writes up the adventures as reports with the odd aside to the reader. Elizabeth is doing exactly the same thing: The trilogy is her setting the record straight in the wake of some momentous events that ripple through the whole space sector. The opening line makes it quite clear that she is narrating this story, and while I did try to rejig the narrative in one rewrite so that it was a straight story, I felt I lost a lot of the power and forward momentum of the story, so went back to the original POV.

I have really enjoyed this process – it was great fun to do and I’m happy to discuss any of the issues further in the comments below, if anyone wants to ask any further questions. Thank you for giving me this opportunity, Sara! 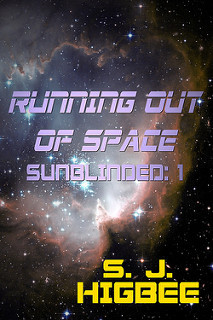 I can’t recall whose idea it was. Just that me and my shipmates were sick of wading through yet another unjust punishment detail. So we decide to take ourselves off on a short jaunt to the lower reaches of Space Station Hawking to prove that fertile English girls can also deal with danger.

The consequences of that single expedition change the lives of all four of us, as well as that of the stranger who steps in to save us down in lawless Basement Level. Now I have more excitement and danger than I can handle, while confronting lethal shipboard politics, kidnapping, betrayal. And murder.

For a limited time, you can buy the RUNNING OUT OF SPACE e-book for only $0.99 on Amazon! You can also add the book to your Goodreads shelf. 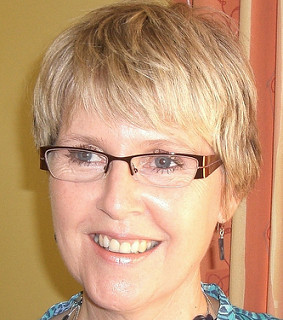 Born the same year as the Russians launched Sputnik, I confidently expected that by the time I reached adulthood, the human race would have a pioneer colony on the Moon and be heading off towards Mars. So I was at a loss to know what to do once I realised the Final Frontier wasn’t an option and rather lost my head – I tried a lot of jobs I didn’t like and married a totally unsuitable man.

Now I’ve finally come to terms with the fact that I’ll never leave Earth, I have a lovely time writing science fiction and fantasy novels while teaching Creative Writing at Northbrook College in Worthing. I’ve had a number of short stories, articles and poems published – the most recent being my story ‘Miranda’s Tempest’ which appeared last year in Fox Spirit’s anthology Eve of War. I recently signed a publishing contract with Grimbold Publishing for my science fiction novel Netted, which is due to be released in 2019.

I live in Littlehampton on the English south coast with a wonderful husband and a ridiculous number of books. I can be found online chatting about books at my book review blog, and you’re very welcome to pop onto my website and my Facebook page.

In addition to Facebook and her websites, you can also find S.J. Higbee on Twitter and Goodreads.

15 thoughts on “Guest Post by S.J. Higbee: Five Books That Inspired Her Debut Novel “Running Out of Space””