I’m in the middle of finishing new articles for DIY MFA and Writers Helping Writers. So I thought I’d do an “easy” post this week, and one I’ve been meaning to do for a while. Your feedback has been so helpful in the past with website changes, blogoversary celebrations, and excerpts on my YA fantasy novel The Keeper’s Curse. I’d like to ask for it again today, on a component of the novel-writing process that’s more important than we might think: the blurb.

Wondering what a blurb is? Or why it’s important for writers to start working on one before their novel is published? I’ll answer those questions briefly, then give you a chance to offer feedback on the latest blurb for TKC.

END_OF_DOCUMENT_TOKEN_TO_BE_REPLACED 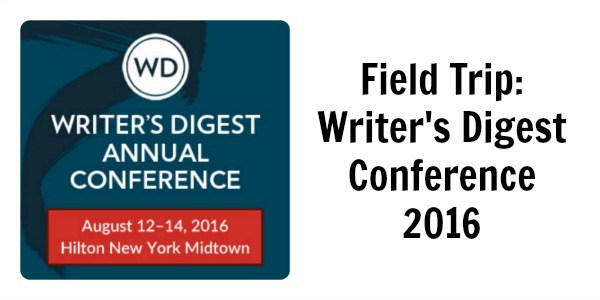 Now that all of the late-summer busyness has passed, I finally have some time to tell you about this year’s Writer’s Digest Conference! And what an amazing four days it was. In fact, I think it topped the 2015 edition!

With this post, I’ll give a general overview of WDC 2016, including which sessions I enjoyed most and what I learned. Last year I did a trio of posts for DIY MFA; and while I would have liked to have covered the conference for the site again this year, it wasn’t possible with my friend’s wedding 2 weeks later. The good thing is, waiting to do this post has given me time to digest (no pun intended) everything I absorbed that weekend and feel grateful for continuing to invest in my writing career.
END_OF_DOCUMENT_TOKEN_TO_BE_REPLACED 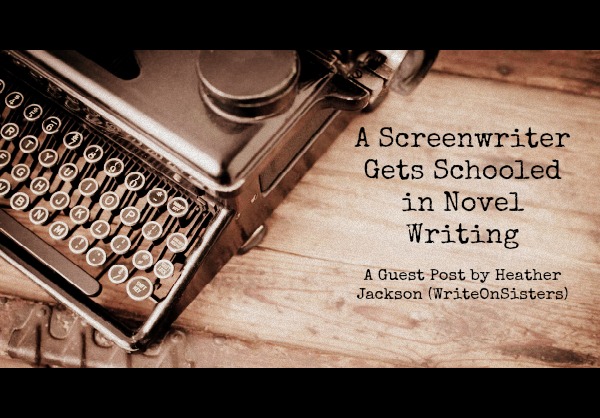 Today is the second half of a guest-post swap I’m doing with WriteOnSisters. My article on high fantasy vs epic fantasy is already live at WOS. Now, it’s one of the “Sister’s” turns to post here! Heather Jackson lives in Canada and writes YA novels as well as television and video game screenplays. In fact, she began with screenplays before tackling novel-writing. Here’s what Heather learned during that transition.

I started my writing career as a television screenwriter, but my first love has always been books. So, after screenwriting for what seemed like an eternity to my young self (though I’d only been making a living at it for five years), I decided it was time to write a novel. Being a “seasoned professional,” I estimated I could develop a book idea and write a first draft in one year. After all, I already knew how to craft great stories. Novels simply used more words to tell those stories, right?

Oh, the naiveté of inexperience. I soon learned that more differentiates novels and screenplays than the number of words.

But let’s start with the similarities. I wasn’t totally wrong; many screenwriting skills do transfer to the process of writing novels.

END_OF_DOCUMENT_TOKEN_TO_BE_REPLACED

Hope you all have had a good start to 2016! I’m back from my blogging “hiatus” today, and with two new articles at DIY MFA to boot.

On Friday, I took part in DIY MFA’s annual #5onFri post on New Year’s Resolutions. Each participating columnist picked an aspect of our writing careers that we want to improve on or achieve during 2016. What did I choose as mine? You’ll have to read the article to find out! 😉

I’ve also got a new Theme: A Story’s Soul article that went live today. This one is a case study on communication as a literary theme. It may sound like a weird choice of topic, but once you read the examples you’ll see how a story can offer insights on the importance of communications in our character’s lives as well as our own.

Click here to read “A Case Study on Communication as a Literary Theme.”

Got any questions or suggestions for Theme: A Story’s Soul? Feel free to comment below or tweet me at @SaraL_Writer with the hashtag #AStorysSoul.

I wasn’t expecting Part 2 of my coverage of the 2015 Writer’s Digest Conference to post until next week at DIY MFA. But since it was ready, they snuck it in today instead. 😉

Today’s article is also part of DIY MFA’s weekly #5onFri series. As the title says, I offer five reasons why WDC 2015 was awesome – and why I’m already considering going back for 2016.

The third and final installment of my WDC coverage should be live next Thursday. (Yes, I’ve done a lot of article-writing the past couple weeks!)

Did you also attend this year’s Writer’s Digest Conference? What were some of your favorite aspects of the event? Which sessions did you attend?

My coverage of the 2015 Writer’s Digest Conference begins today at DIY MFA! This first article shares several quotes that have stuck with me. And since other attendees have Tweeted these and other quotes over the past couple weeks using the hashtag #WDC15, it seems like the messages conveyed during the conference have resonated with many who were there. 🙂

Stay tuned for Part Two of my WDC coverage at DIY MFA tomorrow!

Did you also attend this year’s Writer’s Digest Conference? What are some of your most memorable quotes from that event, or from other literary conference you’ve attended?

Last month at DIY MFA, we launched the four-part series “Developing Themes in Your Stories” with a piece on consciously developing themes using the protagonist’s character arc. Today, it’s all about premise themes. Believe it or not, that single sentence that sums up your story (a.k.a. your 140-character Twitter pitch) actually hints at potential literary themes. How is this possible? And, how can you build your premise sentence if you don’t have one yet? All of that is covered in “Developing Themes In Your Stories: Part 2 – The Premise.” Click here to read it.

Why not? 🙂 A number of readers were excited about the Character Arc Themes Worksheet when it posted. So, I thought I’d make one available for premise themes as well. This new worksheet is comprised of the three activities in “Developing Themes In Your Stories: Part 2 – The Premise” and can help you go from story pitch to premise sentence, and finally to themes.

Click here to visit Worksheets for Writers and download a PDF copy of the Premise Themes Worksheet.

Got any questions or suggestions for Theme: A Story’s Soul? Feel free to comment below or tweet me at @SaraL_Writer with the hashtag #AStorysSoul.

What an excellent way of getting back into the literary conference swing! The Muse & The Marketplace 2015 (a.k.a. #Muse15) was this past weekend in Boston, Massachusetts – and though I was only able to attend on Friday, I absolutely loved it! In fact, as I was walking from Park Plaza Hotel (where the conference was held) to the Back Bay train station that evening, the first thought that bubbled into my mind was, “I HAVE to go all three days next year!” 🙂

So, yes, #Muse15 was a fantastic learning, networking, and confidence-building experience. Here’s my report on Friday’s events, from the general conference details, to the presentations I attended, to lessons learned and tips for attending future conferences.
END_OF_DOCUMENT_TOKEN_TO_BE_REPLACED