This was such a fun interview! I recently spoke with Rachael Dubinsky on her Wicked Writers podcast, which features a wide range of Massachusetts-based writers and explores why they love what they do. We talked about poetry, my work as an editor and writing coach, and the importance of finding inspiration everywhere. Plus, I share one of my favorite tips for writers and read “Origin Story,” one of my poems.

Click here to listen to my interview on Wicked Writers. Hope you enjoy it!

Hey there, friends and writers. How are you and your loved ones doing? Hanging in there, I hope?

I want to let you know about a special online poetry event I’m hosting next week that I’m incredibly excited about. And here’s what’s neat about it:

You don’t have to write poetry to attend.
You simply have to love reading it.

On Thursday, May 21, I’m partnering with my friends at SheBreathes Balance & Wellness Studio for Poems That Heal the Soul: An Online Poetry Discussion. If you’ve been turning to poetry for comfort during the COVID-19 pandemic, then this virtual event will be a great opportunity to meet other poetry lovers and share some of your favorite poems that have helped you lately.

END_OF_DOCUMENT_TOKEN_TO_BE_REPLACED

Hi, everyone! Sorry it’s been quiet here the past few weeks. I’ve been busy with editing work, new projects and endeavors (which I’ll share with you soon), and doing my best to take care of myself during the pandemic. I hope you, too, are still doing well.

Today I have more exciting news on the poetry front to share with you! I’ll give you a hint as to the first announcement: It’s in the header above. (*wink*) Keep reading after the jump.

END_OF_DOCUMENT_TOKEN_TO_BE_REPLACED

First and foremost, how are you and your loved ones doing? So many people are sick, discouraged, or anxious right now, and it hurts me to know this. But that’s the reality we’re dealing with because of the COVID-19 outbreak. Almost every aspect of our lives has been put on hold for the time being. So I wanted to reach out, say hello, and make sure you’re OK.

END_OF_DOCUMENT_TOKEN_TO_BE_REPLACED

I may be a few days behind in sharing this, but better late than never, right? And today I have double the treat for you, courtesy of indie author Jenny Knipfer. She recently featured me and my work twice on her blog!

END_OF_DOCUMENT_TOKEN_TO_BE_REPLACED 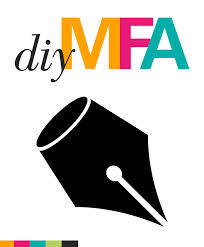 When my previous DIY MFA post went live, I might have mentioned it was the first of two posts I’d write about literary themes and poetry. 😉 So today’s post is the unofficial part two! It’s about identifying themes in the poetry you write using the original source of the poem’s inspiration (or, rather, what the poem’s about), your reasons for writing it in the first place, and the emotions you were feeling that influenced the poem’s tone. I also share examples from my own poetry to explain this process, then end the post with a thoughtful question: Why is it important for a poet to know the themes they cover in their work?

END_OF_DOCUMENT_TOKEN_TO_BE_REPLACED

Happy Wednesday, everyone! I have some exciting news for you today: I’m officially hosting my first poetry workshops this fall!

This September and October, I’m hosting Let’s Write Poetry!, a 4-week poetry workshop series at SheBreathes Balance & Wellness Studio in Walpole, Massachusetts. These workshops are designed to inspire and energize you to write new poems, learn new techniques, and see your work in a new light. So whether you’re a practicing poet who’s looking to deepen your craft or a newbie who’s been meaning to try poetry for a while, this workshop offers something for any and all who are interested.

END_OF_DOCUMENT_TOKEN_TO_BE_REPLACED

How have I not written a poetry-focused article for my DIY MFA column before?? Because like novels, short stories, and other longer forms of literature, poetry is chock-full of literary themes. So that’s what my latest Theme: A Story’s Soul post – or, rather, the first of two posts – is about. We’ll go over four questions that can help us identify themes in the poetry we read, then practice them with an in-text exercise using one of my favorite Mary Oliver poems. We’ll also touch on how we can recognize themes (either on our own or with the help of the four questions) across a book of poetry by a single poet.

END_OF_DOCUMENT_TOKEN_TO_BE_REPLACED

Hi, everyone! I’m here to share not just one recent interview I’ve done, but TWO. 🙂

First up is a #GirlsRock interview with Eli at Coach Daddy. The #GirlsRock series is dedicated to highlighting women who are doing amazing things and making the world a better place. Some of the women Eli has interviewed in the past include journalists, podcasters, TV reporters, and musicians / artists. So I’m honored – and psyched! – to be featured on Eli’s blog again. (I wrote this guest post for Coach Daddy back in 2015.) We talk about my editing / writing coaching business Heart of the Story, poetry, and my one piece of advice for women who enjoy writing.

END_OF_DOCUMENT_TOKEN_TO_BE_REPLACED

These lines from Mary Oliver’s “When Death Comes” took on new meaning when I read them on the afternoon of January 17, 2019. I’d read the poem before, but time has a way of changing your perception of what you read. In this case, I was re-reading one of Oliver’s most well-known poems about mortality just hours after learning that she, my favorite poet, had died from lymphoma at the age of 83.

The timing was eerie, too. Around the same time last week, I started working on a similar tribute to my favorite author of all time, Ursula K. Le Guin, who had recently passed away. (Oliver died 5 days before the first anniversary of Le Guin’s passing.) So, naturally, I’ve been drawing comparisons between the relationships I have with their work. And I remembered one difference that might surprise some people: While Le Guin’s stories resonated with me right away, it took a few years for me – a fantasy fan and a poet in equal measure – to fall in love with Oliver’s poems.