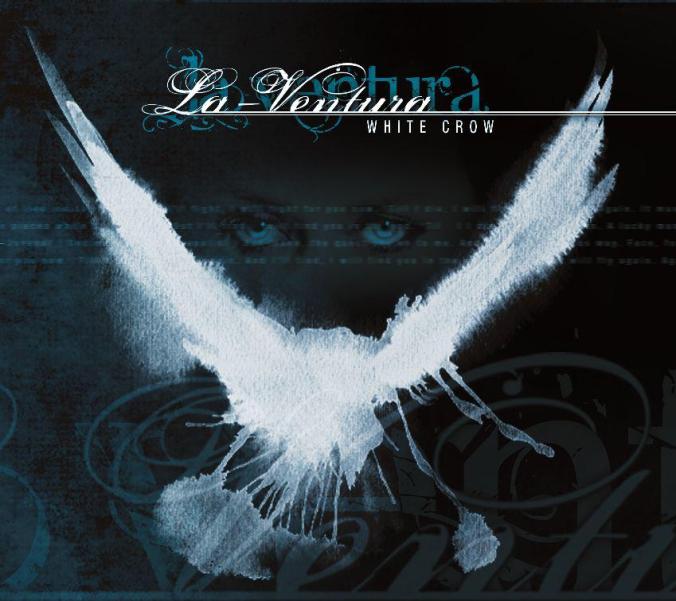 If I had to make a list of my favorite albums from 2008, La-Ventura’s debut album A New Beginning would be in the top half of the list. The nu-metal-ish riffs, groovy rhythms, and Carla (Douw) van Huizen’s mature, passionate vocals made the band a stand-out act in their native Holland. But what really drew me to La-Ventura’s music was its emotional impact from the moody atmospheres and the earnestly written and delivered songs. Fast-forward to 2013, when White Crow presents the heavier side of La-Ventura. Here, the band focuses more on vocals and guitar riffs and grooves and less on keyboards. While the new material lacks the emotional impact of the old, I could still discern one important ingredient: “The passion we originally heard from La-Ventura still runs through the music’s veins… [T]hat quality is essential is making good music in any genre. And with White Crow, one of The Netherlands’ most promising female-fronted bands gives us another full-bodied dose of it.”

Click here to read my review of La-Ventura’s White Crow.

I know I’ve promised other blog entries. They’re coming – I just had some emerging priorities to tend to last week. So, stay tuned for a poetry announcement as well as the next installment of Chronicling The Craft!