The best way to describe my March 2017 would be “a month of two parts.” (Did anyone catch the nod to the Kingkiller Chronicle prologues? *wink*) The first half was still stressful and discouraging like February had been, partly because I was still dealing with anxiety flare-ups. But after taking active steps to better manage my anxiety (including resuming my writing routine), and thanks to the knowledge that spring is here (YAY!), the second half of the month was more productive and meditative. Oh, and busy with final preparations for the Iceland Writers Retreat! I can’t believe it’s NEXT WEEK!! 😀

And now that I think about it, this month’s edition of What’s Making Me Happy reflects that mix of excitement, relaxation, and creativity. So let me share my March joys with you, and feel free to share yours in your comments.

END_OF_DOCUMENT_TOKEN_TO_BE_REPLACED

I owe it to myself to do a What’s Making Me Happy post. February was a tough month. Despite the joy of a new writing project and the hope-excitement for the upcoming Iceland trip, it was also a month of stress, fatigue, and a resulting illness. So lately it’s been a challenge to maintain any sense of contentment or confidence in… well, anything, including writing.

But February wasn’t all gray skies, cold temperatures, and pessimism. In fact, several things about the past month did lift my spirits. So today I’d like to celebrate the sounds, sights, flavors, and places that made me happy over the past month. Let’s start with…

END_OF_DOCUMENT_TOKEN_TO_BE_REPLACED 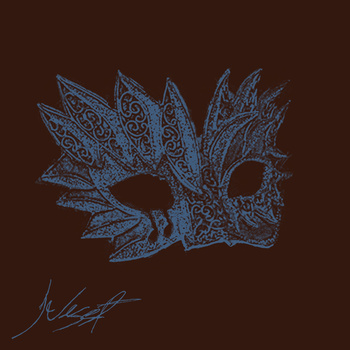 One aspect of being a Sonic Cathedral staff writer that I’ve really enjoyed has been covering bands from my local area. The latest one is Baliset, a progressive rock / metal project from Boston, Massachusetts. Their three-track EP Exordium is their first new release in four years (their debut album, A Time For Rust, was independently released in 2009), and it shows how much Baliset’s sound has evolved since then. With a shift from male vocals to female and a balanced emphasis on melody and variety, Baliset proves that prog rock can be dynamic, compelling, and difficult to categorize without throwing in too much technicality.

Click here to read my review of Baliset’s Exordium EP.

Interested in checking out Baliset’s music? You can stream Exordium in its entirety and purchase a copy at the band’s BandCamp site. Part of the proceeds from EP sales will go to Manes & Motions, a non-profit therapeutic riding center started by the mother of Baliset guitarist / founder Greg Massi.

Coming Soon: Sonic Cathedral’s Best Albums of 2013 article, which includes my list of my top 10 favorite female-fronted rock and metal albums of last year, should be online soon!