How about a fun post today? As much as I’m grateful for writing last week’s tribute to the late Ursula K. Le Guin, I feel the need to do something lighter this week. Oddly enough, I know which topic to choose. Three of my book-blogger friends (Mogsy @ Bibliosanctum, Nandini @ Unputdownable Books, and Zezee @ Zezee With Books) recently posted Top Ten Tuesday posts featuring ten books that have been in their TBR piles for a while. I enjoyed reading their lists so much that I decided to do my own – and go figure, I came up with twelve books instead. 😉

So, in alphabetical order, here are the twelve books that have been waiting longest for me to read them. Let’s start with… 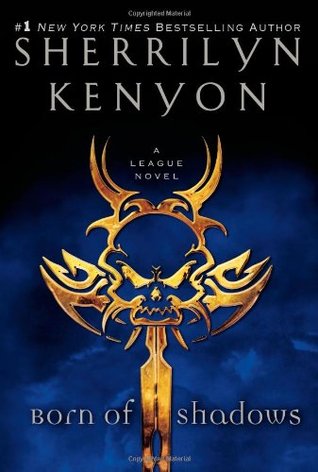 I picked up Born of Shadows on a whim when I found it on a Barnes & Noble discount table. It ticked off enough boxes at the time – an intriguing premise, conflicted protagonists, an invented world with a dark fantasy vibe. Then, not long after buying Born of Shadows, I learned the book was not only part of Kenyon’s Legion series, but smack-dab in the middle of it. Oops… So I’ve been hesitant to read it, in case it means I might not understand what’s going on because of events that happened in previous books.

I can’t believe I haven’t read Cloud Atlas yet! Three friends said it’s among their all-time favorite books; and after the third recommendation, I knew I needed to read it. So why is Cloud Atlas still sandwiched somewhere in my TBR tower? Well, for various reason, I haven’t made Cloud Atlas a priority. One day, though.

Eat, Pray, Love: One Woman’s Search for Everything Across Italy, India, and Indonesia by Elizabeth Gilbert (Memoir)

What’s weird is that a friend who’s a fan of Elizabeth Gilbert’s work gave me Eat, Pray, Love as a gift one year and then Big Magic the year after. Yet I jumped on Big Magic immediately, while Eat, Pray, Love still sits patiently on the shelf. I’m not reluctant to read it. In fact, I’m really interested in the travel and spirituality angles of Gilbert’s experience. It’s just that I have so many fiction books that I forget about the nonfiction titles I own. (*blushes*)

After reading (and adoring) Coelho’s The Alchemist, I snatched up as many of his novels as I could find and read all of them – except this one. Why? I think Eleven Minutes might be a little too… sensual for my tastes. This may be one of those books where I’ll have to be in the right mood (no pun intended) when I dive into it. 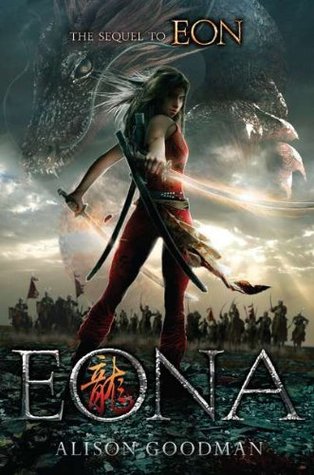 I really enjoyed Eon, the first book in this Asian-inspired fantasy duology by Australian author Alison Goodman. The dragons in this world are gorgeous, fierce, and incredibly unique. Plus, if there’s one fantasy trope I don’t mind, it’s the “girl disguised as a boy” trope, and Goodman puts her own wonderful spin on it in Eon. Not sure when I’ll get to Eona, but it’s ssslooowwwlyyy making its way up my TBR pile, and I’m looking forward to the day when it gets to the top. 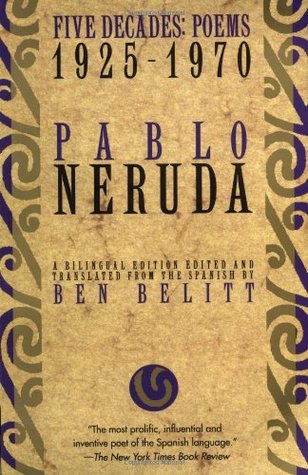 This might hold the record for the Longest Unread Book on Sara’s Bookshelf. This collection of Pablo Neruda poems translated into English was one of three poetry books I received for winning the Poetry Award for my graduating college class. That was back in 2007 – which means I’ve had this book for over 10 years, yet haven’t read it. I might have to change that soon, especially since I’m writing poetry again.

Someone gave me In the Woods a few years ago as a gift. I don’t typically read crime thrillers, but the gift-giver thought the world of In the Woods, and a few other people I’ve talked to also recommended it as well as Tana French’s later novels. When will I get around to it? Like most of the other books on this list, I’m not sure, but I will eventually!

Ohhhhh did I fawn over The Miniaturist when I bought it a couple years ago. The cover is gorgeous, and the premise stole my breath and sent shivers down my spine. Not to mention I love a good historical fiction novel; I’d even say it’s my third favorite genre, after fantasy and magical realism. Alas, like most other books on my shelves that aren’t fantasy or magical realism, I haven’t made time for it. But based on where The Miniaturist currently sits in my TBR pile**, I might actually get to it this year.

**Yes, I have an actual TBR pile next to my reading chair in my bedroom. (*face reddens*)

Another book that quite a few people have recommended to me. Yet, like many of the others listed here, it hasn’t been a high priority, and I’m sure I’ll get to it at some point. And when I do, I’ve been told to have tissues ready…

A Princess of Landover by Terry Brooks (Magical Kingdom of Landover, Book #6 / Fantasy)

I… think I picked A Princess of Landover as part of an exchange for a duplicate Christmas or birthday gift? And I don’t remember why. The premise must have sounded interesting at the time. But I haven’t seen many friends or SFF bloggers discuss Brooks’ Landover novels, so I have no idea if this series is any good. Thoughts, anyone?

So I read the first All Souls novel A Discovery of Witches a couple years ago… and I liked it. Or, rather, I liked the characters enough to keep reading, but thought the pace was slow and the writing overly detailed. And I’ve heard from people who have already read the series that those issues are… well, still issues in Shadow of Night. So I’m somewhat reluctant about continuing this series, because I already have a feeling this book might frustrate me. But who knows? Maybe I’ll be pleasantly surprised.

How about you? What books have been sitting in your TBR pile or bookshelves the longest? Have you read any of the books or series discussed in this post?