Confession: “Lilo and Stitch” is my second-favorite animated Disney movie after “The Lion King.”

Yes, it’s me popping in! 😉 I’m on hiatus until Monday, January 4th, but I thought I’d still post a Time Flies to “officially” wrap up the month.

How have your winter holidays been so far? Do you have any plans for New Year’s Eve? I’ll most likely stay at home and call it an early night (I’ll explain why shortly). The last two months have been nutty on all fronts, so it’s been nice to breathe deeply and relax the past few days.

If you noticed things were slower here than usual this month – you’re correct. I scaled back on my blogging activities in December because of all the busyness, and also to get a head start on my January posts. So, you probably haven’t missed much if you’ve been away, but here’s your chance to catch up:

No changes or additions were made to the site in December. However, stay tuned for some end-of-2015 posts in January, including my annual wrap-up article and two separate lists for my favorite reads of the year!

Also, there will be no 5 on the 5th post in January. The next one is scheduled for Friday, February 5th.

December’s Gems from the Blogosphere

Several readers commented on how much they liked this new section of Time Flies – so, it’s a keeper! Here are some fantastic articles I read at other websites during the past month. Most of them are geared toward writers, but there are a few surprises that everyone might like. 😉 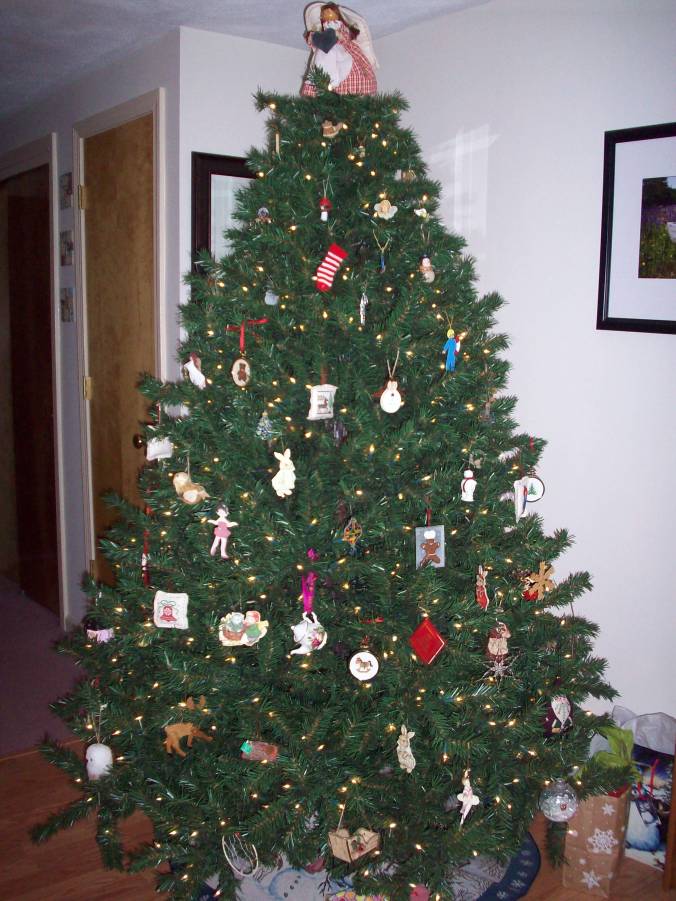 Christmas was a little on the strange side weather-wise. It almost reached 70 degrees Fahrenheit last Thursday – unheard of in Massachusetts for this time of year! So, no white Christmas this year, but it was lovely nonetheless. I baked desserts both days (cream cheese brownies for Christmas Eve dinner, M&M cookie bars for Christmas Day afternoon).  I also hosted a holiday party for my friends at my place a few weeks ago. Nothing huge, but it was a lot of fun. Good food (in our case: pizza, salad, chips with salsa, cheese and crackers, desserts, and hot mulled cider) and even better company is what the holidays are meant to be about.

As for presents I received? A couple books, clothes, gift cards – and a new camera!! It’s a purple Nikon Coolpix L840 Digital Camera, with 16 megapixels and 38x optical zoom. I’ve already tried it out a couple times (none of the photos are shown here, though), and I’m already very happy with it. (In other words, no zooming or focusing issues like the old camera was having!)

Now that Christmas is over, the next big thing is… my parent’s move. 😮 I mentioned it last month, and now it’s happening next weekend. (Hence no New Year’s Eve plans, and why I’ll still be on hiatus through January 4th.) I’ve been helping out when I can, bringing empty boxes from work, “inheriting” board games and a portable fire escape ladder (you never know when it might come in handy!), and packing when I’m visiting. I’ll be there during the move as well. But it still boggles my mind that this weekend will be the last time I’ll set foot in the house where I spent my teenage and college years. I’m going to miss it.

No wonder I was exhausted for most of December, though. All the normal Christmas preparations, plus archery lessons, and my parents’ move on top of all that… But I was able to carve out time for myself so I could relax and rejuvenate as best as I could. And work on Draft #2 of The Keeper’s Curse, of course. When I last worked on it, I was on Page 279 of 393 (71% of the way through). I’m trying to NOT be too excited about those numbers – but I can’t help it! 😀  If things continue at the current rate, I might finish Draft #2 by the end of March.

Oh, and I saw this movie with my brother on his birthday.

“Star Wars: The Force Awakens” was. So. MUCH. FUN!!! A nonstop ride of nostalgia, laughs, and heart-pounding thrills. I actually found myself gripping the arms of the theater chair at certain points! The plot isn’t perfect, IMO, but the new characters are refreshing and engaging. I especially liked Rey for her gutsiness and mechanic skills, and Finn for his sympathetic backstory. That’s all I’ll say for now, in case some of you haven’t seen the film yet. But personally, “The Force Awakens” is a very close second behind “The Martian” for the title of Sara’s Favorite Movie of 2015.

Song of the Month: “Run” by Eklipse

At first I was thinking I’d share something holiday-ish… And then I listened to “Run” on repeat while revising a particular scene in TKC. It’s still one of my favorite songs by Eklipse (in fact, I wrote about it here); and for some reason, it reminds me of my protagonist Eva and her (eventual) love interest Aurek. The weird thing is, I’ve checked the lyrics for “Run” (it was originally performed by the British rock band Snow Patrol), and I don’t see how they connect with my story…. But string arrangements are open to interpretation, right?

Btw, Eklipse is a string quartet from Germany that puts a gothic-atmospheric twist on pop classics, indie rock and metal tunes, and film score themes. If you like classical crossover music, definitely check out their albums A Night In Strings and Electric Air. I highly recommend them both!

The next Time Flies is scheduled to post on Sunday, January 31st. Until then, have a fun and safe end to your 2015! 🙂