Huh? What do you mean, tomorrow’s the first day of December?! I’m not ready to think about 2016 yet!!

It’s insane how quickly this year has sped by. November in itself was a blur. I was hoping things would quiet down after a nutty October. Nope. Life offline turned into another kind of crazy altogether. So I’ve craved more time than usual to relax and meditate, and I know I’ll still need it now that the holiday season is underway.

Btw, I hope all my fellow Americans (and anyone else who celebrates the holiday) had a wonderful Thanksgiving! I’d traveled out to state to spend it with relatives, hence my absence from the blog and social media for the past few days.

Let me give you a chance to catch up on the past month’s posts now:

Earlier this month, I announced that the blog is now open for guest posting! Please read the blog announcement here or the guest posting policy here for more information.

NEW! November’s Gems from the Blogosphere

I’m adding a new section to share some of my favorite blog posts I’ve read at other sites this month. Most of these are writing-centric (I can’t help myself *blushes*), but you’ll a few other goodies mixed in as well.

What made November so insane? Work slowed down at the beginning of the month, then ramped back up again a week or two later. I also started Christmas shopping to have some gifts ready for Thanksgiving (since I won’t see those relatives next month). Finally, my parents are leaping for their pre-retirement dream of living on Cape Cod earlier than expected, and should close on their house during the first week of January. It’s not all negative craziness, of course. I couldn’t be more happy for my parents! But at the same time, it’s no wonder I constantly feel like my head is spinning.

The craziness hasn’t deterred me from starting archery lessons, though. I decided a couple months ago to try out archery as part of (belated) hands-on research for my novel. It’s a beginners class with seven other students, and it’s been fun so far! I never realized how much coordination archery requires. Posture, leg and feet positions, finger placement on the string, hand placement on the bow – I find I’m concentrating so hard on getting everything that I’m usually the last student to empty my quiver. XD And my aim is terrible, like with any sport I’ve ever tried, but that’s OK. I’m there to learn and to get a better understanding of the (crazy) things I’m making my protagonist do.

Of course, when I ready my bow and arrow in class, I sort of can’t help but imagine I’m this guy you might recognize…

Or this girl you may have heard of. 😉

Draft #2 of The Keeper’s Curse is still creeping along. As of yesterday, I’m on Page 243 of 397 (about 61% through). In the meantime, my mood about the revisions has swung back and forth. Sometimes I’m thrilled with how things are going. Other times (especially lately), I want to rip my hair out.

The only way to move past the less-than-satisfying days is… well, to keep moving forward. I tend to keep my expectations for December progress low because of the holidays, so we’ll see where I am at year’s end. But man, I’m SO looking forward to my vacation time after Christmas. It will be a welcome time to focus on revisions, helping my parents pack, and some sorely needed relaxation. 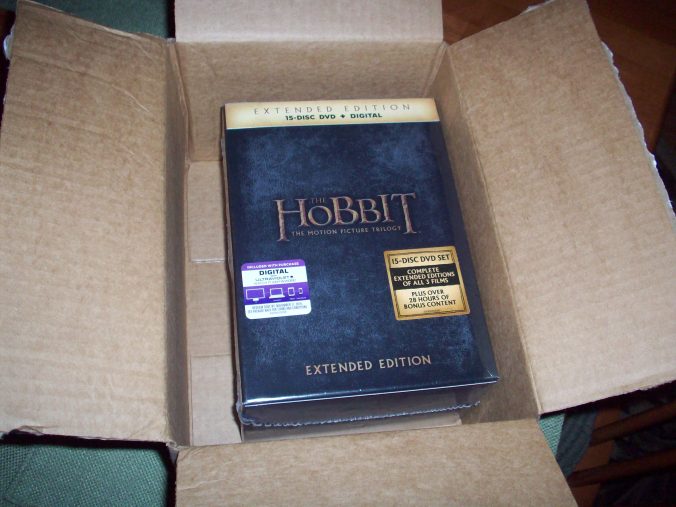 I didn’t see any new movies this month. However, my (early) Christmas present to myself has arrived! 😀 After my (maddening) disappointment with the theatrical cut for The Hobbit: The Battle of the Five Armies, I refused to settle to anything less than the Extended Edition Hobbit Trilogy. Now I can see that last film (and the previous two) with ALL the scenes I’ve been waiting to see. (*coughThorin’sfuneralcough*)

Oh, and I already bought my tickets to see Star Wars: The Force Awakens!! Anyone else going to see it?

Song of the Month: “Save The World” by Leah

Remember this lady from Time Flies back in September? I finally got hold of Leah’s latest album Kings & Queens; and even though I still prefer Of Earth & Angels, I’m enjoying this new one a lot! It’s heavier and more symphonic and experimental than Leah’s earlier work, with flavors of world music and a softer, Enya-like approach to her vocals. It was tough to pick one track to highlight, since several have been stuck in my head lately… But I think I’ll go with “Save The World,” since it’s one of the more accessible (“metal-newbie-friendly”) songs. If you want to check out other tracks, I also recommend “Arcadia,” “Alpha Et Omega,” “There Is No Farewell,” and “Palace of Dreams.”

Since I’ll most likely be busy on New Year’s Eve, I’ll post the next Time Flies on Wednesday, December 30th. Until then, have a safe and happy holiday season!