The 1000 Voices for Compassion Movement (also known as #1000Speak) began in January 2015 as a way for bloggers to spread messages of compassion. Participants may join in on the 20th of each month or as time allows, and either write about the month’s prompt or a related topic of their choice. Regardless, these Voices write with one unified purpose: To remind others that, despite the lack of compassion that rocks our world at times, compassion for ourselves and others does exist.

I wasn’t sure if I was going to do #1000Speak this month. Life offline has been hectic lately; and when your attention is pulled in so many different directions, it’s hard to put in the time and thought that a post like this deserves. However, I can’t get last week’s terrorist shootings in Paris out of my head… which means I need to write about it, one way or another.

This may be shorter and more stream-of-conscious (i.e., “rambling”) than past #1000Speak posts. So, please bear with me as I sort out my thoughts here. 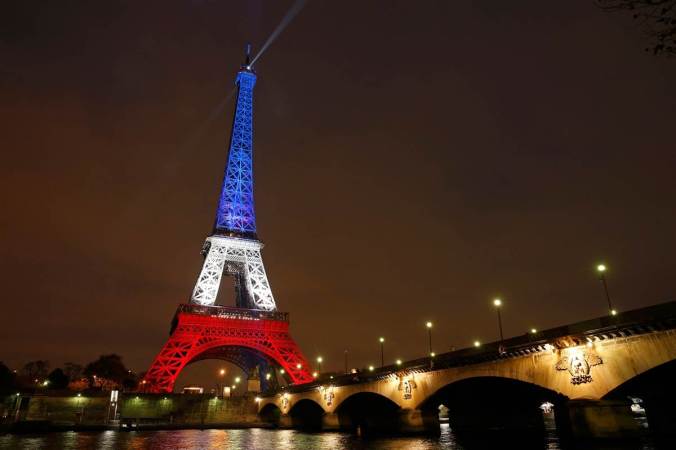 Well, I’m frightened. Saddened. Stunned. Perhaps most of all, I’m shaken by the fact that these kinds of attacks keep happening all over the world, no matter how vigilant and security-heightened we may be. It reminds me once again that terrorism can strike anywhere, anytime.

I also know how the people of Paris feel right now. Such an attack hit close to home 2 1/2 years ago, when the Boston Marathon finish line was bombed. Of course, there are obvious differences between that event and the Paris shootings. The latter has a much wider scope of impact (multiple places across one city, instead of one concentrated spot) as well as a greater number of injuries and deaths. But the impact remains the same: Everyone who’s affected is worried about their loved ones. They wonder if they can visit the same places again safely, or where and when else they and the people they care about could be targeted. Ask anyone who was affected in some way by the London subway bombings, the 9-11 attack in New York City, and other terrorist acts. They, too, understand what the newest victims and their families are going through.

Then again, you don’t have to have been a survivor, a loved one of a victim or survivor, or a direct witness of terrorism to imagine what they’re experiencing. No one wants to be stripped of their sense of security. No one wants to find out that a family member, relative, friend, or colleague has been taken from the world in such a brutal way.  We all deserve to pray, learn, travel, and dream. We also deserve to feel respected, sheltered, and accepted as we are. Don’t we?

So Many Questions, So Much We Will Never Understand

Unfortunately, we live in a mad world these days. A world where we must be constantly on our guard. A world where complete strangers distrust or outright hate one another because of differences in skin color, sexual orientation, religious beliefs, and other fundamentals. In some ways, these conflicts have been going on for centuries. And just when it seems like we’ve taken steps forward to achieve tolerance and peace, we’re forced several steps backward again.

What’s even harder to comprehend is that Paris has already encountered terrorism once this year. Back in January, two men linked to Yemen’s Al-Qaida branch stormed the office of the French satirical newspaper Charlie Hebdo, killing 11 and wounding 11 others. (Six more people were killed and 11 more were injured in related attacks days later.) It’s like the myth about lightning: Once a place has been struck by acts of violence – either natural or “manmade” – it’s not immune to future attacks. That, I think, is what makes this latest event more alarming.

We also can’t forget other countries that have been hit this way, like Beirut, Israel, Egypt, Nigeria – some of which deal with terrorism regularly. Imagine having to live with that fear and terror almost every day. Are we moving to the point where, someday, everyone will be forced to endure those conditions? It certainly – and sadly – seems like it, but I pray for everyone’s sake that it doesn’t.

When will we, society as a whole, learn that violence, hatred, and death are not solutions, but rather fuel that spreads the fire? When will we learn to accept each other’s differences and not reject them? Maybe those aren’t the questions I should be asking today. Maybe it’s more like, will we ever learn? 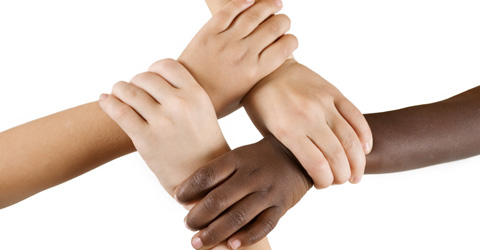 Compassion Is the Most Dignified – and Most Sensible – Response

I feel for Paris. I feel for survivors and victims of past terrorist attacks, and for their families. I feel for the people who constantly live under the threat of violence and brutality every day. And, I feel for the Muslims who are ashamed that their religion is being misinterpreted by outsiders as well as fellow believers.

I wish I had answers or glimmers of insight into how these problems can be solved, if they can be. However, I don’t. That’s what leaves me at a loss: Figuring out how to respond to events like these in a dignified, compassionate way, especially when they happen time and time again.

But just by writing this article, by acknowledging my feelings and sharing my sympathy, I am responding. If you, the reader, have done the same, either for today’s #1000Speak link-up or in the past week, then so have you. That’s what we do as writers and bloggers. We describe what we see and express how we feel. We (including those of us who write fiction and create fictional characters) put ourselves in others’ shoes and imagine how they feel, therefore gaining an understanding of their motives, emotions, and values – and often laughing, cheering, and crying with them. So, when atrocities like the Paris shootings happen, we can’t help but react by writing about it.

And so the only advice I can give right now is this: Whenever an attack like this happens, we must respond with love. Love to those who have been affected. Love to those who are scared. Love to those we hold dear. We need to reach out and show we aren’t afraid to care for and support one another. We need to be compassionate, because it’s the only sensible response. Because in the end, despite our differences, we are all human. We are all Paris. It’s not a solution, but it’s better than trying to desensitize ourselves to tragedy – and it helps other people feel less alone.

I’d like to end this with links to other posts that some of my blogging friends have written in the wake of the Paris attacks. They’re beautiful examples of how other people out there are sharing their grief, fears, and empathy. I hope you’ll appreciate reading them as much as I did.