Themes in Novels: What The Story Is Really About

“Chronicling The Craft” is an article series where I share my experience with writing my current work-in-progress (WIP), which is a fantasy novel. Every 5,000 words, I let readers know what I’ve accomplished since the previous article and share advice, discoveries, techniques, etc. Besides the word count in each article title, a “chapter ticker” at the top also tracks my progress as I use the skip-around / “writercopter” method to write the novel. Today’s installment celebrates the book reaching 60,000 words in length.

What a stealthy little milestone this turned out to be. I was recently on vacation with my immediate family, so I was literally sneaking in time to work on the WIP when I could, even tuning out of social media for one week to focus on family / relatives, writing, and relaxation. Altogether those shorter sessions ended up as productive as some of the longest I’ve ever done. No anxiety over the lack of time or getting very little done because of said lack of time. Instead, I stayed focused and inspired, typing as many words as I could. And now, here we are again!

My goals for the past several writing sessions have been to finish any in-progress chapters and to NOT start any new chapters. (I’m still using the “writercopter” method, and it’s working brilliantly for this WIP so far!) Let’s see what’s happened since the Chronicle for 55,000 words posted in May: 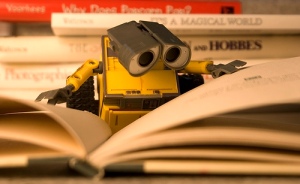 Last time on “Chronicling The Craft,” I discussed the importance of a protagonist’s emotional wounds, lies, and flaws. Today, we’ll look at a story cornerstone that’s often overlooked: theme. It’s just as essential as plot, conflict, and characters. Yet, how often do we discuss or consider our story’s themes? Only a handful of writing-craft blog articles I’ve read in the past few months have mentioned the word “theme.” (Those articles were all written by the same person, by the way. More on that shortly.) Coincidentally, when a friend of mine suggested a while ago that I write a future Chronicle about themes, my initial reaction was, “Huh? Themes? Um, er, oh, ah, hmmm… Yeah, sure!” I’d been so focused on writing the story that I hadn’t spent much time consciously thinking about my novel’s themes. Oops.

Since then, I’ve given some thought to the ideas and concepts that are emerging (or will emerge) during the novel. I worked backwards, referring to the outline I’d drafted and recalling the scenes and chapters I’ve finished so far, specifically scenes that are vital to the protagonist’s growth and her journey to achieve her inner and outer goals. I also read several blog articles about theme by author / editor C.S. Lakin. She calls theme one of the four “corner pillars” of novel construction. Her opinion on this is clear from the sheer number of articles she’s composed on the topic, from how theme is the character’s goal made universal, to how to develop and generate themes for your novel.

(By the way, Lakin’s blog is a gold mine of writing tips! If you haven’t visited Live Write Thrive yet, I highly recommend you hop over there when you finish this article.)

I bet some of you are wondering now, “What exactly is theme?” According to Merriam-Webster.com, the word “theme” is defined as “a subject or topic of discourse or of artistic representation” or “a specific and distinctive quality, characteristic, or concern.” Lakin offers her own take that hits closer to the writer’s bone: Theme is the heart of your story. It’s the answer to the question, “What is my story really about?” Sounds like a head-scratcher, right?

Here’s one more way to think about it: What lessons will your main character learn during the story? What do you want readers to discover as the protagonist pursues her inner and outer goals? Chances are your story’s themes will emerge from the character’s journey. Self-discovery, love, political corruption, survival, loss of innocence – all are possible themes you can plant into your story and mine from the books you read. And that’s just the start of the list, of course!

Now that we have a clearer idea of what themes are, let me share with you the themes I’ve been incorporating into my WIP. 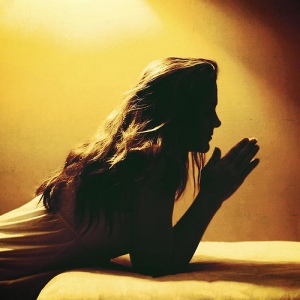 Primary Theme: The Price of Vengeance and the Liberation of Forgiveness

Vengeance and forgiveness aren’t just the two most frequently recurring themes in the story – they drive it. As previously revealed in “Chronicling The Craft,” Eva was orphaned when her family was attacked and her parents subsequently killed by three Mountain Men. (One of her wings was damaged during the same attack.) Now as a young Faerie woman, she’s built her life around a vow of vengeance to kill any Mountain Folk she meets. Eva also blames herself for her parents’ deaths, even though the circumstances were out of her control. Thus, the novel’s events force Eva to question her attitudes and behaviors towards the Mountain Folk as well as toward herself. Can she move on from her past so she can learn to see her travel companions as friends and allies and let go of the guilt and anger she’s held on to for so long?

Cultural forgivenessalso slips in the story. The Faeries and the Mountain Folk have mistrusted one another for centuries, to the point that both races have successfully avoided each other for almost 300 years. The Council of Selanaan’s mission with Aurek and his band of Mountain Men is therefore a significant step forward for both creeds. But first, it has to succeed, and not just by reaching the Mountain Men’s destination. Will both sides set aside their differences so they can unite against a mutual foe? 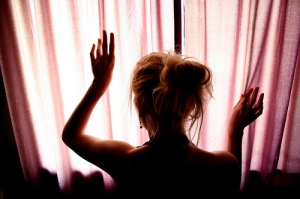 In addition to the primary themes of vengeance and forgiveness, various secondary themes pop up in the story.

Self-Acceptance: Eva may be comfortable with her role as a Councilor, but she still feels insecure about herself. She was bullied and snubbed by her peers (and potential suitors) over her once-damaged wing and her “unladylike” hobbies such as hunting and swimming. In fact, one of her reasons for joining the Council of Selanaan was that she believed no Faerie man would want to marry her. (Councilors are forbidden from marrying or engaging in romantic / sexual relationships.) The events of this story will help Eva start to see herself in a more positive light and believe she is lovable and desirable the way she is. Notice I said “start” in that previous sentence. This book is the first in a planned trilogy, and my plan is it will take Eva right until the end of the last book to learn to fully accept and love herself.

Truth, Lies, and Secrecy: Eva has kept her craving for vengeance a secret for years. Not even her relatives or her fellow Councilors know about it. However, she’s not the only character hiding certain truths in the shadows. Through these instances, the story will show how damaging secrets can impact relationships and common causes, and how sharing the truth can liberate the keeper and is ultimately the best way to earn someone’s trust and loyalty.

The Meaning of Family: Despite losing her parents, Eva didn’t grow up without a family. Her aunt Maji and uncle Lusan adopted her after the attack, and her cousin Gidion assumed a sort of older brother role in her life. The Council offers another kind of family for Eva, too. Examples of dynamics in both groups (with an emphasis on the Council) will show the importance of non-traditional familial bonds and love.

Tradition vs. Cultural Evolution: The Faeries have stuck to their conservative traditions and ideals for centuries. Some of those traditions, such as the roles of women in Fae society (thanks to Eva) and maintaining pure bloodlines by avoiding interracial marriages, have been challenged in recent years. And while some Faeries criticize such changes, others have opened their minds. What better way to exemplify this division of opinions than through Eva and her fellow Councilors?

Good vs. Evil vs. The In-Between: A no-brainer for a fantasy novel, wouldn’t you agree? The first two thirds (or three quarters?) of the novel are peppered with anecdotes and bits of conversation about the Bhadurak, a parasitic shadow-demon race and the mutual enemy of the other Great Isle peoples. So, there’s got to be some kind of showdown towards the story’s end, right? The story also shows that not everyone is truly good or evil. You won’t find the Machiavellian shades of gray seen on Game Of Thrones, but Eva does prove that characters possess both dark and light within themselves – and sometimes one must learn to overcome their personal darkness before they can see their own light.

Sounds complex, but these themes have all grown naturally from Eva’s character arc, the plot, backstory, and world-building I’d been doing for the novel. That’s how you can find the themes in your story, too. Study your protagonist’s journey. How does the plot affect her ability or pursuit of achieving her goals? Ask the same question for the protagonist’s past, her world’s history, and the external and internal conflicts or obstacles she’ll have to overcome. See what kind of thematic nuggets you can find during your dig.

As always, I hope you enjoyed this edition of “Chronicling The Craft”! Looking ahead, my summer schedule is rapidly filling up, so I may be sneaking in short sessions whenever I can for a while. I’m not sure when the next Chronicle will go online for that reason. Let’s say mid-to-late July for now, in case I keep on my current track.

How is your WIP coming along? Have you given any thought to the themes in your story? Even better, what are some of the themes in your WIP? How important do you think theme is to novel construction? Feel free to answer and share by commenting below.

Until Then: Time for me to get cracking on the next Recent Reads, where I’ll review Maria V. Snyder’s Poison Study. Also, my next article for Grub Street’s blog is scheduled to post on Monday, June 23rd! I’ll share the link here once it’s online.