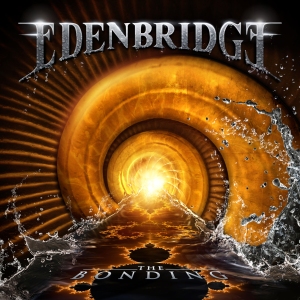 Edenbridge have been quiet over the past two years, and for good reason. Members of the Austrian symphonic power metal band endured personal hardships during that time, leading to the delay in recording new music. But as the saying goes, “good things come out of bad situations.” Edenbridge’s eighth studio album, The Bonding, weaves tales of pain, loss, and revelation into the band’s signature mix of majesty and mysticism. In my opinion, The Bonding is much stronger than Edebridge’s previous effort, 2010’s Solitaire, especially with the live orchestra. As I said in my review of The Bonding, you’ll hear “not only the band’s signature majesty, but also catharsis and hope.”

Click here to read my review of Edenbridge’s The Bonding.

Here’s the official music video for “Alight A New Tomorrow,” the first single from The Bonding. It shows Edenbridge’s commercial side without compromising their music’s ethereality or the orchestra’s bombast. And I guarantee this song will be stuck in your head before you know it.

Coming Soon: It might be a quiet here for a few days. I will have a couple open mic appearances to announce soon. As for projects, my review of Agharti’s debut album Change is underway, and two other reviews (new released by Baliset and Second Empire) are also on my to-do list. Between working on those, my book, and poetry, who knows what will be ready first? 😉