It’s been a while since I wrote for Suite101. So now here’s a review on music that’s not female-fronted metal, but metal nonetheless. 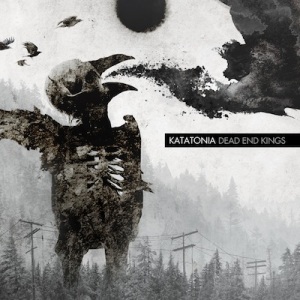 Katatonia is probably one of my top five male-fronted metal bands of all time. Mostly because their 2009 album Night Is The New Day blew me away with its gorgeous, doom-influenced soundscapes. So, I was looking forward to reviewing their new album Dead End Kings for Suite101. And… well, I was disappointed. Not completely, as I enjoyed at least half of the songs, a select few immensely (“The Parting,” “Dead Letters,” and “Buildings”). Otherwise, I felt Dead End Kings wandered more than rocked. I even likened the album to “a ghost keeping its distance from the churning sea below.”

Don’t let my opinion stop you from buying Dead End Kings if you’re a Katatonia fan. That’s just how I feel about the album. And as always, I point out what I think are strengths as well as weaknesses. Never expect a bashfest from me – I’m not that heartless of a reviewer!